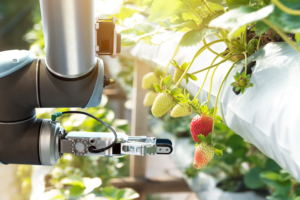 On March 1st 2021, the European Parliament Research Services (EPRS), the EP think tank, published a briefing on Smart villages: Concept, issues and prospects for EU rural areas. The paper explores the meaning and implications behind the concept of ‘smart villages’, which touches upon the use of digital technologies and smart solutions as well as local participation. The ongoing CAP reform is presented as an example of the development and relevance of the ‘smart villages’ concept.

Although there is no legal definition of a ‘smart village’ within EU legislation, there are a number of distinguishing features associated with the concept, including the involvement of the local community and the use of digital tools. A ‘smart village’ implies the participation of the local population in improving their economic, social or environmental conditions, as well as cooperation with other communities, social innovation and the development of ‘smart village’ strategies. Digital technologies can indeed be applied to many aspects of living and working in rural areas.

The ‘smart village’ concept also suggests the adoption of smart solutions in both the public and private sectors over a wide range of policy fields such as improving access to services, developing short food supply chains and developing renewable energy sources. The ‘smart village’ concept is gaining traction on the rural development agenda, coinciding with the ongoing reform of the common agricultural policy (CAP). A key element of this reform will be a new delivery model based on each Member State developing a CAP strategic plan. In December 2020, the Commission published its recommendations for each Member State on the direction their plans need to take to achieve the CAP objectives and the European Green Deal targets. The Commission’s analysis highlight the gaps Member States must address if the Green Deal target of 100 % access to fast broadband internet in rural areas by 2025 is to be met. Much will depend on how Member States respond to these recommendations in drawing up their CAP strategic plans. The European Parliament has made a significant contribution to the ‘smart village’ concept, taking part in a pilot project on smart eco-villages and supporting the European Commission’s 2017 action plan for smarter villages. The European Committee of the Regions and the European Economic and Social Committee have meanwhile both indicated their support for the concept through events, opinions and communications. The RUMRA & Smart Villages Intergroup further support the development of the ‘smart village’ concept in EU legislation.